A downloadable game for Windows

Hello, there fellow users of the internet!

My name is not important but you can call me The Mysterious Voice. I understand that many of you have come here seeking an answer to the ultimate question of life; how can I prevent myself from feeling bored today? Well, if I may take just 10 minutes of your time I would like for you to be a test subject of my newest experiment. You see, my purpose is to give you a purpose which is why I will be referring to you as subject 243. You will be placed into a single room with only one entrance and exit. I will then come in and give you a series of instructions that I expect you to follow. If everything goes according to plan then at end of the experiment, I will let you go. Be aware though, looks can be deceiving and the room may not be as simple as it appears to be. I know this might sound dangerous but I assure you, we've done extensive testing and very few have died in the process.

If you ever run into any problems, just send an electronic letter to the individual listed on this electronic mail address.

Clear your mind and be prepared for anything. If you're ready then let's begin.

Special Thanks: Two books and a shoebox

(A note: the game author has responded with an update based on my comment below. The game is well worth a try. I didn't want my initial comment here to put anyone off.)

I gave this a try today after seeing it on reddit. I'm going to give you my honest thoughts, in the hope they might be of use.

I think you did a great job with the graphics (the beginning was really nice), and I like that there are puzzles that you will be led through. Unfortunately, I didn't get past the second one (the jumping one), because there's just too much waiting around while the narrator speaks. At least in the beginning. I don't know how it changes later.

I had a sort of bad feeling when I was looking at the teaser trailer, as I wanted to know what the game play was, and it was just this sort of cheeky wall popping up. I didn't make it through the trailer either. You can only take so much of that, where the person creating it thinks it's funnier than it actually is to someone else.

I'm going to use a phrase that is meant with good intentions and that I hope isn't too harsh: self-indulgent. The idea that we have in games like Portal and the Stanley Parable (and related games) of this sort of quipping narrator only works to the extent that the player actually gets to play the effing game! If you look at Portal, for example, you listen to Glados (in Portal 2, Wheatley and Cave Johnson) while you do things. You're not just sitting around waiting for someone to stop talking. When the narrator dialogue overshadows the game play - when it becomes more about the game designer trying to show how clever he is with endless banter instead of it being about making something the player can engage with and enjoy - that's when it begins to feel that it's more about the game creator than the player. Hence the "self" part.

Again, I'm not trying to sound harsh. I really wanted to play and enjoy this game. I just couldn't stand another long sequence of standing around listening while the narrator has a conversation with himself on my behalf since I didn't speak when I have no player agency to speak to begin with. And all, meanwhile, while I'm standing around, waiting for it to stop so I can actually get on and do something.

I jumped a bit. I tried squatting. I tried jumping to the sides of the hidden box to see if I could get out. I started analyzing the 3D tiles. (It looks like they don't quite meet up properly in the corners. I'm not sure if that's intentional or not.) I was bored out of my mind. I tried doing anything to simply pass the time, and I glazed over on the dialogue, because it's just not all that. If that is the intention (to have the game be a sort of mind numbing torture chamber) - and I'll admit it may well be - then you succeeded. If not... then you really might want to reconsider your approach.

The other thing you might want to handle is that, since this is so dialogue heavy, you handle the transitions between parts more seamlessly. It's a bit jarring to have the dialogue cut off sharply mid sentence when something new is triggered.

I get this is a demo, and well done so far. And I'll be happy to try your next incarnation, if you can just allow me to get to things a bit faster. Life is short, and as much as you enjoy your dialogue, it's not enough to put up with to play the game.

Which is a shame, because you definitely have some game-making skills, and there is a lot of potential here!

Hey, I updated the game with several changes. I shortened several pieces of dialogue as well as made more of the dialogue optional so the pacing should be a bit faster. The pacing does pick up during the second half, it's just the first half that's slow. Let me know what you think.

Hi! Sorry I didn't get back to you right away. I wanted to take the time to sit down with this. All in all, I enjoyed it, and I see a lot of promise with this (and I'll eagerly follow you to see) as you go forward. Ok, that sounds  a bit tame. I should say, "By the end, I wanted it to continue on, and I will jump on any new updates you have to see what you come up with next." The puzzles themselves were quite creative and varied, even if some were basic (as they should be in the beginning). I'm glad I didn't have to do the fire/person walking/balance beam one again, but I do wish I had had a second attempt at the rotating room one. I was in a bad corner when it started moving, and I didn't have the time to make it to the bottom. (I might play again to that point and give it a go.)

I played it a second time, as (after the longer speeches of the previous one), it seemed a bit abrupt at first. Then I restarted it multiple times after that when I realized the dialogue had changed. It was nice to see how the dialogue was different on multiple runs. I don't know if it was random or if you actually track what has been said. I'm thinking the latter, since the narrator also mentioned that I had played the ball game before, and it skipped past the bits I had heard before on the second go. All very well done. I can see you have designed in a lot of details.

I like how the dialogue adapts. For example, there were references to how I had done on the first tests. (But leave my father out of it!) It's probably not too hard, but it makes a big difference in immersion, and you did that well. I also started messing up on purpose and, eerily, the game seemed to know. :) I don't even know if I have encountered all the content. I suspect not, which adds to replayability.

I hope I didn't come across too harsh in my first comment. It's good you are responsive, and I can tell you want this to do well. I think you can have a little more dialogue in the beginning, as it does set the context (<sigh> balance). But I'm glad I was able to see more of what you have created. And, as I said, I'm looking forward to what you do next with this.

(And don't let those heretics who can't appreciate art get you down.)

What a game. Portally / Stanly Praboly., you get the idea. I love it.

Thanks. Glad you liked it.

Reply
Maltosier1 year ago (2 edits)
I played through this. Thanks for telling me about it : )  It's a really fun concept and I can see it going far!! A LOT of Portal vibes. I love it. Keep it up! 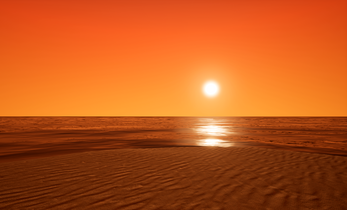 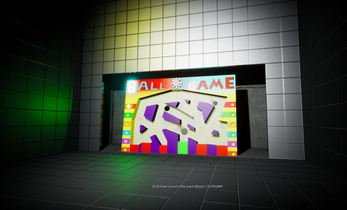 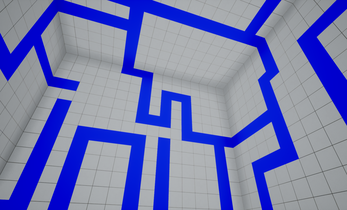 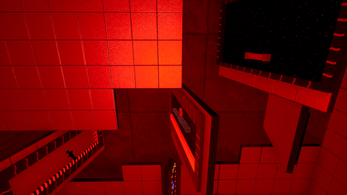 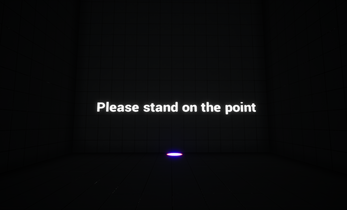 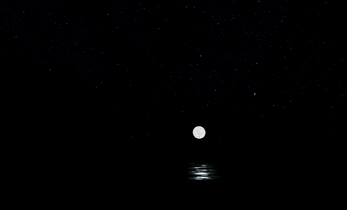